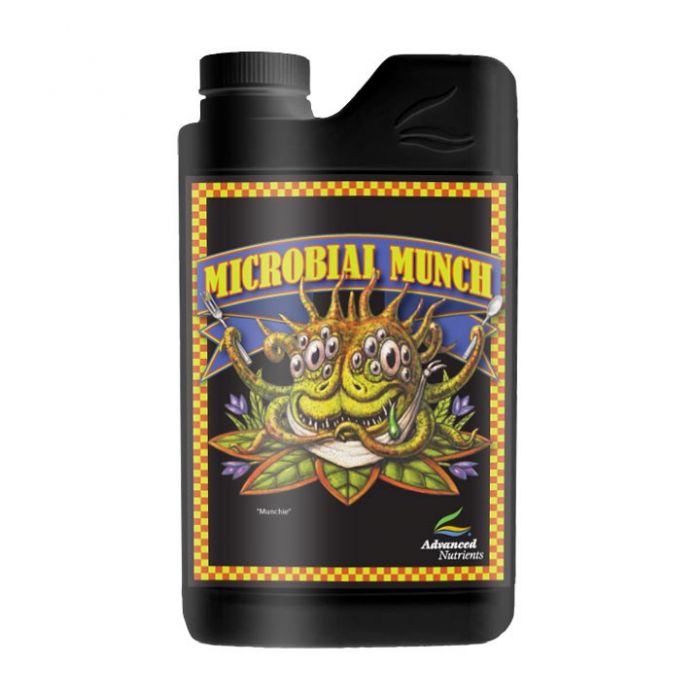 How Do You Know Your Microbials Are Working?

Microbials are expensive. Too expensive to be guessing whether they work. “Bacillus-this, rhizo-that, that will be a hundred dollars please!” And for what? A couple of ounces of bacteria. Do you ever really know if the little guys are doing their job? You'd be surprised how many nutrient companies take no measures to ensure your microbials aren't dead in the bottle before you purchase them.

Well what if you had an insurance policy? What if a group of 23 PhD plant scientists had been given full legal permission to study the plant, rigorously experimenting and confirming their results one tissue sample at a time, over many years, and had come up with a scientifically tested and proven solution the microbial dilemma, so that you knew you were maximizing the growth potential of your roots, shoots and overall yield?

As it turns out, just such a team of PhD plant scientists exists, and has done just that. In fact, that's how Advanced Nutrients started, with the quest to scientifically test what works and what doesn't.

That's all Advanced Nutrients has ever been interested in growing, that's all we've ever tested, and that's all we'll continue to test. Especially for medical purposes. And it shows in how many cups our nutrients have won around the globe.

Recently, our team has cracked the code for how to maximize the effectiveness and efficiency of microbial products in the root zone of the plant.

The Answer Is Sugar

Or more specifically, the right kinds of sugar. The key is to feed these beneficial bacteria the right carbohydrates so they are able to thrive. The same way that avocados, or blueberries, or coconuts have been talked about recently as “superfoods” for humans, there are certain sugars and combinations of sugars that act like superfood for beneficial bacteria.

This Is How It Works

In the world of microbes, there are four phases of growth, which altogether make one cycle called a growth curve. In order, they are the lag phase, the exponential phase, a stationary phase, and a death phase. They're all pretty much what they sound like.

The lag phase is an incubation, where they're getting ready to explode into the exponential phase of growth. To you it feels like waiting, or watching water boil, or paint dry. But underneath it all, they are feeling out the environment, gathering data on just what is available, and thus how and when they should grow. And once they get going, watch out.

Because here comes the exponential phase, where the population quickly doubles and redoubles. This is also when they bestow the benefits inherent in being beneficial bacteria. This phase is where the work is done that will ensure you have thicker roots and shoots, and thus a heavier yield.

But once they notice that resources are running dry, and food is lacking, your microbes begin to prepare for the stationary phase, which is really just a transition into the death phase. It's a last ditch effort to look for more resources before they have to bite the bullet and just die already.

Then, of course, there's the death phase. This is where they die and leave their corpses to be consumed by the rest of the root zone, or “rhizosphere”, the scientific name for the entire root zone.

Why You Need Microbial Munch

Remember above, when we said that if your microbes notice resources are running dry, they start to whither? Well that's where Microbial Munch comes in.

This cocktail of pharmaceutical grade nutrients is aimed directly at full reduction of lag phase, and the maximization of the exponential phase.

Whichever beneficial you're using for your root zone will be forced into action as soon as possible, and stay in the fight until the bitter end.

They won't really have a choice. Bacteria are fairly simple organisms, and are easily influenced. Give them their favorite food, and they have all the self control of a pit bull with a bloody steak.

That's because Microbial Munch is a precisely blended mix of exacting ratios of the following ingredients:

And this specific combination of these ingredients has been tested by our team, who has a very close working relationship with the Department of Biotechnology at Sofia University in Bulgaria. Microbial Munch has been designed and confirmed to be the best at what it does. It's so precisely designed, in fact, it wouldn't be a stretch to call it the only product of its kind.

THS uses a selection of couriers to deliver our products to N.Ireland, Ireland, the UK and EU at the fairest rates we can negotiate.

Here's what you can expect when placing an order with THS:

Upon purchase, your order will be packaged and mailed without delay and sent to the cardholder’s address. We will always endeavour to deliver in the fastest most economical way, when shipping within Ireland and the UK.

All goods are subject to availability and a delay in delivery can sometimes be out of our control. We will do our best to ameliorate and avoid these delays whenever we can so that your order can be delivered in a timely manner. Delivery times are approximate and we shall not be held liable for any losses, damages, expenses or charges caused by any delay from the delivery of goods.

For further information please check the delivery page on the website.

We accept a variety of different payment options to allow our customers to pay in whatever method is most convenient for them. We accept Credit Cards, Debit Cards, PayPal, Bank Transfers, Cash in-store, Bitcoin, and Telephone orders.

To process your payment over the phone, call:

For online payments including Bank Transfer, Credit or Debit cards, PayPal, Bitcoin simply process your order and follow the instructions at checkout. Our credit card transactions are completed on secure and encrypted communications via 3rd party payment processing services.

For further information please check the payment page on the website.